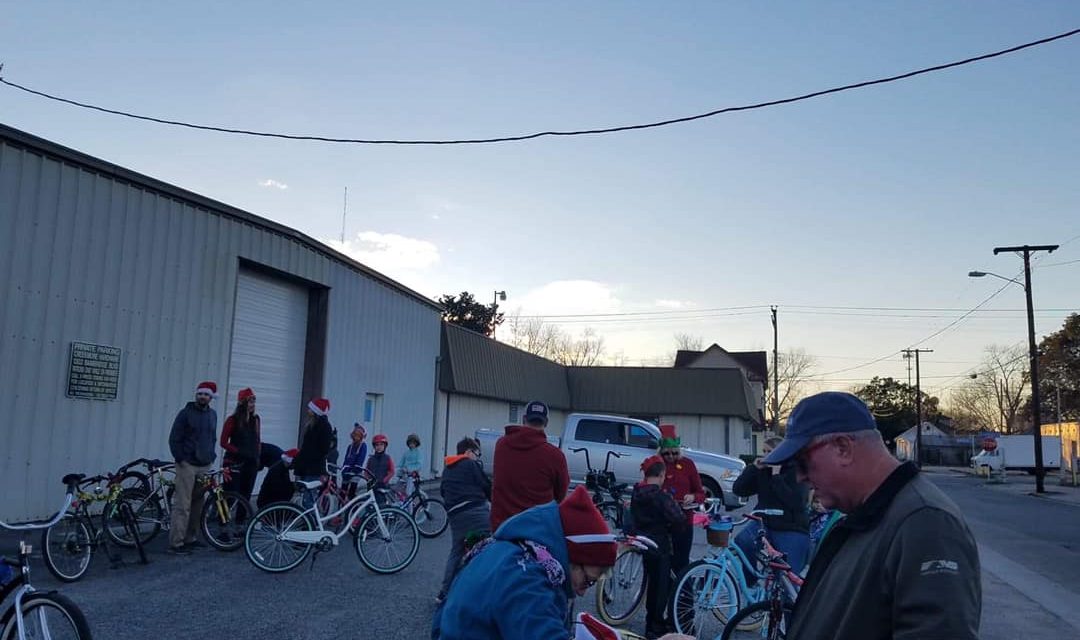 Temperatures neared the lower 50s as the group readied for departure. There was one early casualty when a rider cut her finger on her borrowed bike, but a clean Kleenex fixed her up and she continued to ride without further blood loss.

One very patient and tolerant CPD unit rode behind the lighted, decorated and musical riders who included one full-on Santa, several semi-Santas, one trike rider, and one man on an electronic skateboard who really didn’t care for puddles.

Murray Goodwin also followed behind in his silver steed pick-em-up truck as the holiday parade safety car. Earlier, Murray was dispatched to run search and rescue on a suspected lost phone, but the phone was later recovered without further ado.

As the group gathered and chatted outside Creekmore Hardware, a few stocked up on supplies at Sam’s Stop-n-Shop. Others shared sweet treats out of bags and pockets before the group rallied for the road.

The riders left Creekmore Hardware promptly at 4:30 p.m. as planned, just as the sun began to set on South Norfolk. At least three bikes were equipped with Christmas tunes, old and new.

The crazy and sometimes loud group of friends, neighbors, aquaintances and strangers, proceeded south on Hull Street to Holly, where the group crossed and paused again before crossing the bridge at Lakeside Park.

Every rider crossed the bridge safely, while CPD zoomed around the west side of the park on Bainbridge to Byrd, where the unit parked to slow incoming traffic as the parade exited the park, turning east on Byrd, stopping at Rodgers.

The merry band of holiday cheerleaders clumped together briefly at Byrd and Rodgers before pressing on to Portlock.

The parade moved about 4 mph toward Portlock on Rodgers, turning into the maze of streets near Varsity Manor. The riders zigged and zagged past modest 1940s bungalows with flashy holiday decorations, past Portlock Primary and around to Clemson Avenue.

Raymond, 90, is South Norfolk’s historian. Emma (a little younger) is in the South Norfolk Woman’s Club. Raymond and Emma have lived in and given their time to South Norfolk their whole lives and are dearly loved by the community. This is the second year the parade has stopped at their home.

Riders enjoyed their snacks and sang a quick Christmas carol to the Harpers before riding off into the sunset, circling around to head north again, back to South Norfolk.

Making its way back to South Norfolk, the sometimes scattered parade of riders “sized small, medium and large” (as one videographer put it), ogled and “ahh’d” the lights and decorations along the way.

“Hello! Merry Christmas!” they shouted as they passed people watching from their porches or walking down sidewalks. “Next year, you ride with us,” one rider hollered. “Can I ride my Harley?” a porcher yelled back.

Some of the smallest riders led the parade most of the way, doing wheelies and swinging back to close the gaps between them and the slower riders.

Crusing north on Chesapeake Avenue, the parade riders waved enthusiastically to folks waving back at them from lighted holiday porches.

Eventually, the parade stopped at the home of Melissa and John Lowrey, where another refreshment stop awaited.

Riders were only mildly confused by the darkness, but coerced by their hosts, the crowd rambled to the Lowrey’s backyard, where a smorgasbord of delicious treats from fruits to nuts (okay, cupcakes) were assembled on the Lowrey’s back deck.

Organizers agreed the weather was perfect. Attendance more than doubled over last year’s holiday parade, and the new refreshment stops were appreciated and necessary to the ride, they said. “Just wait until next year!”

Weather permitting, organizers say the parade will be held again in 2019, and they’re hoping for an even bigger group of holiday ho-ho-ers to join in the fun! 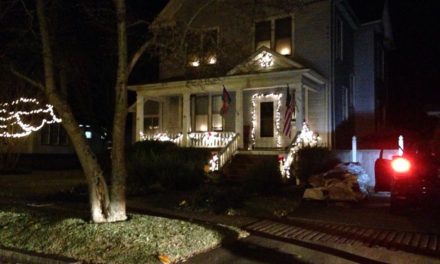 South Norfolk welcomes the holidays — and YOU! 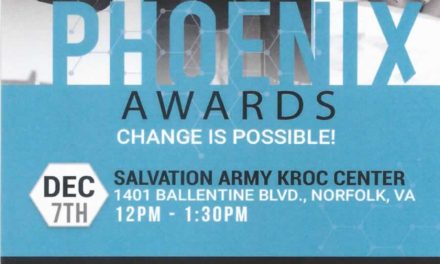 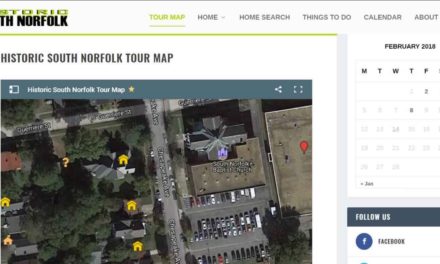